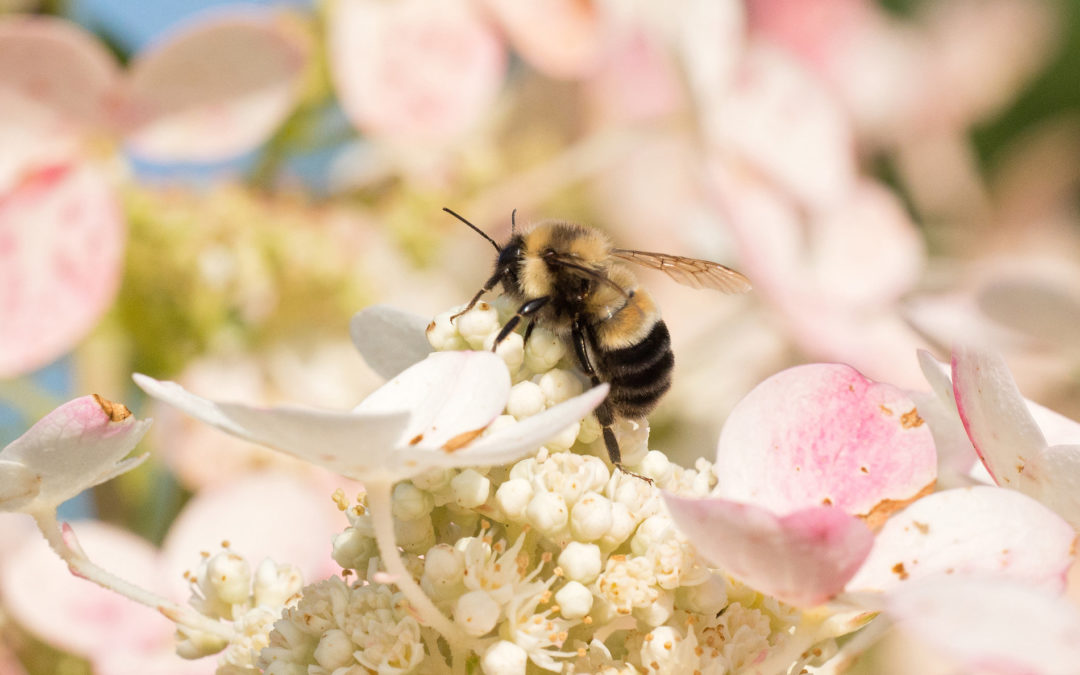 USA Live Bee Removal safely remove bees so you don’t have to kill them. Call now for a free estimate. We utilized and carry Eco-Friendly products and non-toxic products.  Hire Live Bee removal we offer affordable & professional service that you can trust,  we care for our bees future and we provide reasonable prices and articles so you save bees and get the full understanding of the importance of our bees. Don’t kill bees save bees call us today.

The Obama administration, rushing to secure its environmental legacy, has increased protection for a humble bumblebee.

The rusty-patched bumblebee, once common across the continental United States, has been designated an endangered species by the Fish and Wildlife Service: the country’s first bumblebee, and the first bee from the lower 48 states, to be added to the register. Seven bees were previously listed as endangered, but they are found only in Hawaii.

Since the late 1990s, the population of the rusty-patched bumblebee has declined by nearly 90 percent, a result of a combination of factors, including exposure to pesticides, climate change, habitat loss and disease, federal wildlife officials said. The species, once found in 28 states, the District of Columbia and two Canadian provinces, is found today only in small pockets of its once-sprawling habitat. The designation will accelerate efforts to protect the bees’ habitat and to reduce the use of pesticides that are killing them.

It is the latest in a flurry of last-minute efforts to protect the environment and preserve President Obama’s legacy on climate change. In the last month, he has issued a permanent ban on offshore oil and gas drilling in large areas of the Arctic and much of the Eastern Seaboard; announced two new national monuments in Utah and Nevada, protecting 1.65 million acres of federal land; and denied six permits for oil exploration in the Atlantic, partly because the seismic testing harms marine animals.  And the announcement about the bee came a day after the Fish and Wildlife Service said that human-caused climate change is the biggest threat to the polar bear’s survival, and that without significant action to fight global warming, the bears will most likely vanish.

Federal wildlife officials noted that the process of listing a species as endangered can take years, sometimes even decades. More than 300 species have been listed during the Obama administration, second only to the more than 500 species listed under President Bill Clinton.

During the George W. Bush administration, just 62 species were added to the list. Noah Greenwald, endangered species director for the Center for Biological Diversity, an environmental advocacy group, said activists were worried “that we’re headed into another period like that, where hostility from the administration toward protecting endangered species causes them to shut the listing program down.”

The incoming Trump administration, however, would need to undertake a lengthy process to declare the rusty-patched bumblebee population recovered if it wished to reverse this week’s decision, and it would be required by law to justify its action on scientific grounds.

The role of these bees and other pollen-carrying insects is important, Tom Melius, the Fish and Wildlife Service’s Midwest regional director, said in a statement. “Pollinators are small but mighty parts of the natural mechanism that sustains us and our world,” he said. “Without them, our forests, parks, meadows and shrub lands, and the abundant, vibrant life they support, cannot survive, and our crops require laborious, costly pollination by hand.” The kinds of measures that could protect the rusty-patched bumblebee could help many other pollinators, as well, by restoring habitats and food sources and restricting the use of pesticides — especially nicotine-based insecticides that have been linked to the decline in bee species. Such measures are especially important with native bumblebees, Dr. vanEngelsdorp noted, as opposed to honeybees, which are maintained in large colonies and trucked around the country for commercial pollination.

The service is reviewing three other species of bees to determine whether they ought to be listed as endangered as well: Franklin’s bumblebee, the western bumblebee and the yellow-banded bumblebee.

When a species is listed as endangered, the Fish and Wildlife Service is required to design a recovery plan, which is often carried out by other agencies, nongovernmental organizations, universities and tribes. Other federal agencies have to check that their actions will not hurt an endangered species or its habitat, particularly when it comes to land use planning.

Bumblebees are particularly effective pollinators because, though they seem to prefer native flowers, they will pollinate pretty much anything and can fly in lower temperatures and lower light conditions than many other insects. They also use the technique of “buzz pollination,” in which they grab the pollen-producing part of the flower in their jaws and vibrate their wings, shaking the pollen loose, a process that seems to benefit plants like tomatoes, peppers and cranberries, according to the Fish and Wildlife Service.

Bumblebees are particularly important to agriculture, but agriculture is often unkind to them. A number of factors have reduced the habitat available to bees, including the use of pesticides and other chemicals, the domination of vast amounts of farmland by a single crop, and the use of some genetically modified crops and herbicides that prevent the growth of weeds in fields and wildflowers along their borders.

Climate change may also be shrinking the bees’ habitat, because of drought, rising temperatures, more storms and mismatches in timing: Plants may start to flower at times when the bees are not ready to pollinate. It also presents serious threats to the migration patterns of monarch butterflies and other pollinators, such as honeybees.

While these species may not be as visible or as charismatic as polar bears or other mammals whose existences are threatened by a changing climate, placing them on the endangered list is a victory for the species and those who fight for it.

“Now we have a symbol to rally around,” Dr. vanEngelsdorp said.

Hire Live Bee removal today, we offer affordable & professional service that you can trust.You save money and we save bees call today! 951-476-4895