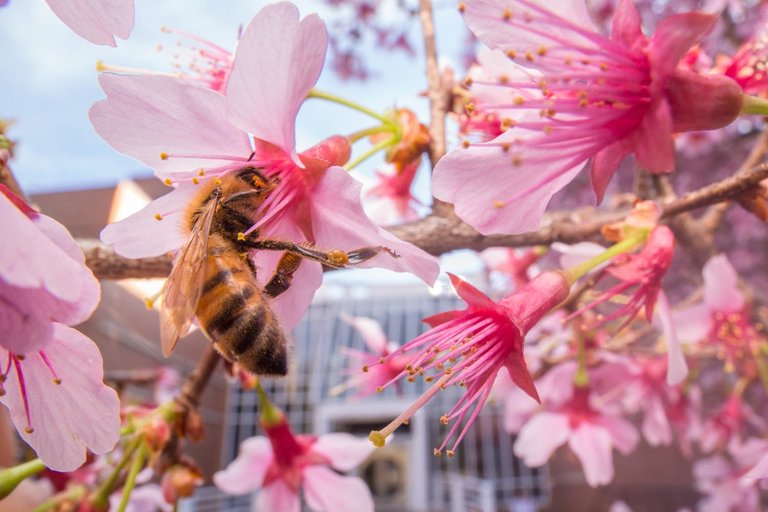 Do city bees feast on flower nectar, or do they mostly slurp up sugary soda?

That was the question Clint Penick was mulling while he tended to some hives. Dr. Penick is an entomologist at North Carolina State University, and he wanted to find out if midsize cities had enough flowers available to sustain hungry bees, or if the buzzing insects were guzzling Big Gulps to get their fix.

Bees have been caught cheating on their all-natural diets before. In 2010 a beekeeper in Brooklyn discovered her bees were stealing sips of syrup from a nearby maraschino cherry factory after she noticed her hives were oozing bright red honey.

To figure out if something similar was happening in midsize cities, Dr. Penick and his colleagues collected bees from 39 different colonies within 30 miles of Raleigh, North Carolina. Their specimens came from hives managed by beekeepers as well as from wild colonies.

They examined each bee for a specific carbon signature called carbon 13. This isotope is often referred to as ‘heavy carbon’ because unlike regular carbon, it contains an extra neutron in its nucleus. The presence of heavy carbon in the bees’ bodies provides clues to their diets. 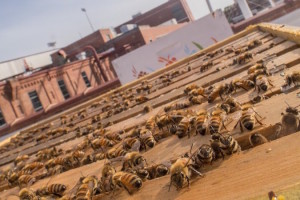 “If you find a bee that has a higher proportion of the heavy carbon, then that’s a clear indication that they are feeding on sugar cane or corn syrup,” said Dr. Penick. Bees that eat mostly nectar from flowers would not have high proportions of heavy carbon, he said.

Dr. Penick and his team thought they were going to find high levels of heavy carbon in the bees — evidence that they were slurping processed sugars — but to their surprise they found the opposite, low levels of the isotope. The bees were seeking out flowers rather than turning to Dumpsters for food, even in the areas that had the fewest green spaces. He published his results Tuesday in The Journal of Urban Ecology.

“If you are an urban beekeeper in an area like Raleigh or smaller,” Dr. Penick said, “you can be pretty sure the honey you’re getting is flower nectar honey and not recycled soda.”

Dr. Penick said his next steps are to test whether or not the same holds true for large cities, like New York or Tokyo, where there are more urban bees and flowers are even harder to find.