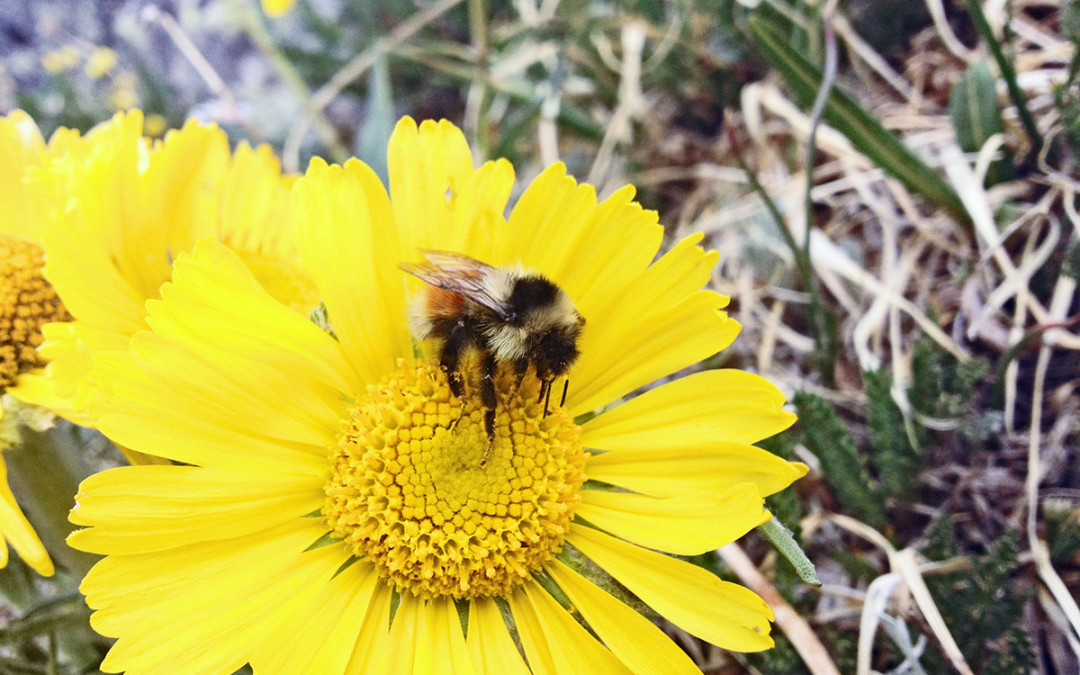 At USA Live Bee Removal we have all what it takes to remove the bees from your home. We are one of the best companies in USA offering live and humane services that removes bees

Rising temperatures in mountains around the world have led to a decline in flowers—which has in turn led to a decline in bumblebee populations. But two species have figured out a way to survive: They have evolved shorter tongues. The findings, published in Science, suggest that some bumblebee species may be able to adapt to environmental challenges caused by climate change.

Bombus sylvicola,
Bombus sylvicola is one of two bumblebee species in the central Rocky Mountains that has responded to a decline in flowering in alpine habitats by evolving a shorter tongue, an adaptation that favors generalist feeding. (Credit: Nicole Miller-Struttman)
“We are not saying climate change isn’t a problem for bumblebees—it is a major problem,” says Candace Galen, professor of biological sciences at the University of Missouri. “However, these findings indicate that some bumblebees may be able to adapt if provided adequate habitat, and are largely shielded from environmental pollutants, such as pesticides.”

Since bumblebees have co-evolved with the floral resources needed for nutrition, researchers were curious how resident bumblebees were faring in the alpine regions of the Rocky Mountains. They looked specifically at changes in tongue length among resident bumblebees because this trait is intimately tied to the bee-flower relationship.

In general, bumblebees with longer tongues are considered “specialists” which feed on flowers with deep, long tubes, while short-tongued bumblebees are “generalists” and tend to move pollen from a variety of flowers.

They found that for populations of two species on three mountains, tongue length had decreased by nearly 25 percent over the 40-year period.

“A change of 25 percent over this amount of time is dramatic, especially when we take into account that this change has occurred over just 40 generations,” Galen says. “Most evolutionary change occurs on a timescale of a few hundreds, thousands or millions of years. Forty years is a timescale that happens in a human lifetime.”

The scientists then examined the relative advantage of the specialists versus the generalist bumblebees in a simple environment. They found that when deep flowers are in the minority and the total flower density drops, the advantage of being a generalist increases sharply.

“Basically, it shows you can afford to be a specialist if there is enough of the plant you are specializing on,” says Ricardo Holdo, assistant professor of biological sciences.

“As you start losing resources, then that’s going to have a disproportionate impact on that specialist whose flowers are not really common to begin with; this is one of the real strengths of the study: It shows that the change in the flower population is actually exerting a selective pressure on the pollinator.”

The finding of rapid adaptation is “a glimmer of hope” for bumblebees, whose populations worldwide are declining, Galen says.

“It suggests that the findings we can manage locally, like pesticides, habitat destruction, and planting companion plants, can actually make a difference because these factors can buy pollinators time for natural selection and evolution, thus allowing the species to keep pace with the things that we can’t manage locally. They seem to be giving bumblebees ‘running shoes’ in this race against climate change.”