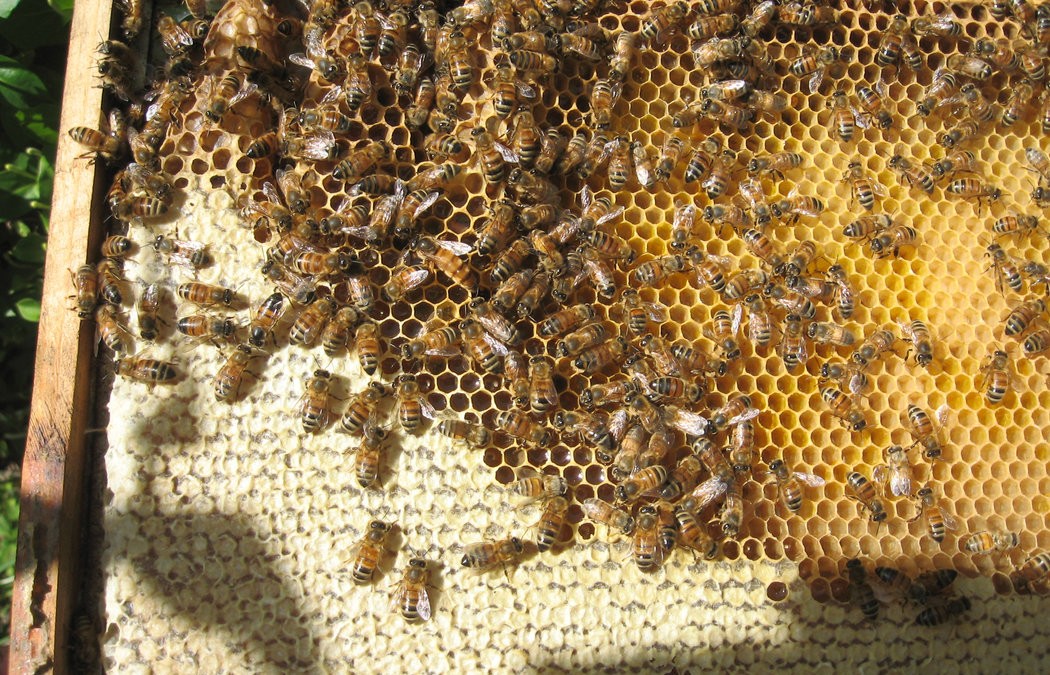 Because bees are so beneficial to the environment, many experts recommend live removal of a honey bee colony. However, where live removal can be difficult or impossible, pest control companies will exterminate a hive for $100-$300 or more. Please call us to know the cost for Live Bee Removal or request a quote with your bee problem, we will get back to you in a few minutes.

Discover why bees are good for us and saves bees today! Enjoy our new article:

LONDON — From coffee to cocoa, and almonds to blueberries, some of the world’s most nutritionally and economically vital food crops are vulnerable to declines caused by catastrophic die-offs of the bees whose pollination is key to their life cycle.

A multitude of factors, most of them linked to the practices of intensive, industrial-scale agriculture, have been driving down populations of both wild species and commercially bred honeybees around the world.

American beekeepers lost more than 40 percent of their honeybee colonies last year, the White House says. In the Netherlands, wild bee populations have shrunk 90 percent since record-keeping began about 120 years ago, said David Kleijn, an ecology professor at Wageningen University. Some Chinese farmers have to pollinate apple trees by hand because so few bees remain.

“The bees are just not as healthy as they used to be, so they just don’t do the job,” said Tim Tucker, president of the American Beekeeping Federation. Losses this year in his own hives, at Tuckerbee’s Honey in Kansas, are approaching 40 percent.

The bee crisis is already hampering production in many places, said Lucas Alejandro Garibaldi, a pollination expert at the Universidad Nacional de Rio Negro in Argentina. While output has not declined, per-acre yields of pollinator-dependent crops are not keeping up with the rapid rates of overall growth in agricultural productivity, he said.

That is driving a vicious cycle. With per-acre production failing to keep up with rising demand for food, the amount of land devoted to growing pollinator-dependent crops is expanding, reducing uncultivated space available for the variety of wild plants and flowers that bees need to thrive, Mr. Garibaldi said.

“Pollination deficit is a reality for many crops,” he said.

The bulk of the world’s caloric needs are filled by wind-pollinated or self-pollinating crops like wheat, corn and rice, which do not depend on bees. About a third of global food crops rely on pollinators, mostly bees but occasionally butterflies, birds or bats, said Claire Kremen, faculty co-director of the Berkeley Food Institute at the University of California, citing a 2007 study she co-authored.

What is more, pollinator-dependent foods provide a disproportionate share of important vitamins and minerals, experts say. They include fruits, vegetables, beans and nuts, everything from apples, citrus and tomatoes to grapes, cucumbers and broccoli.

Bees are economically vital, too. Bee-dependent crops like coffee and cocoa make up a big chunk of the gross domestic product in many developing countries, so productivity losses would have an outsize impact on livelihoods, Mr. Garibaldi said.

Honeybees increase crop values by $15 billion a year in the United States, according to a White House task force on protecting pollinators’ health. Wild bee species add about $3,250 in productivity per cultivated hectare, Mr. Kleijn said. 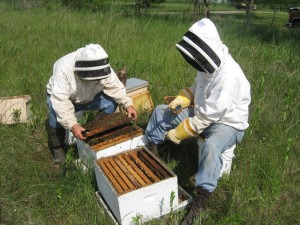 A number of factors appear to be driving the bee deaths. Attention has focused on a class of pesticides called neonicotinoids. The European Union banned the use of three such chemicals in 2013, despite pesticide companies’ arguments that the science was inconclusive. Britain suspended the ban this year to allow limited neonicotinoid use after the National Farmers’ Union said the pesticides were needed to fight off the cabbage stem flea beetle.

Pesticides are certainly part of bees’ troubles, say experts, but the problem is far broader, and points to the bigger environmental impact of the vast, highly intensive farms that are common in North America and Western Europe, and which are now being pursued in China and other developing nations.

Enormous fields devoted to just one crop leave bees with a diet that lacks variety, and is available only during the short window when that plant is in bloom. Efficient modern practices mean the patches of weeds and wildflowers that once provided feeding grounds for bees in and around farms are no longer available.

“I’m sitting right now looking at a soybean field, it’s probably 60 to 90 or 100 acres and there’s not a single weed in this whole field, there’s nothing else growing but soybeans,” Mr. Tucker said. “This is all desert land as far as the bees go.”

Global movement of goods, plants and animals exposes insects to alien viruses, fungi, mites and other pathogens, at a time when their immunity is suppressed by poor nutrition. On top of that comes exposure to powerful pesticides and fungicides, often coated onto seeds before farmers even buy them.

“All this stress on the bees, all these diseases,” said Riccardo Jannoni, secretary general of Apimondia, the International Federation of Beekeepers’ Associations, in Rome. “The bees are struggling in many ways.”

Every winter, beekeepers across the United States ship their hives to California’s Central Valley, where wooden boxes full of bees are stacked amid rows of almond trees. The region produces 80 percent of the world’s almonds, and could not do so without the trucked-in bees.

“We’re getting close to crunch time, because right now we are estimating that 90 percent of the available bees for pollination are in use, so there’s not much of a buffer,” Mr. Tucker said.

Ms. Kremen, the Berkeley professor, said such single-crop situations are increasingly common. “There’s this enormous demand for pollination services all at one time, and usually it’s like a week or two weeks when those fields have to have the pollinators or they’re not going to get the fruit or the nut, so they’re very, very vulnerable,” she said.

“This is why our system is becoming much more precarious, much more brittle, much more risky,” she said. “It’s putting all your eggs in one basket. We’re putting all our eggs in having these honeybees that can be trucked around.”

A system that favors smaller-scale producers using fewer chemicals, encouraging natural predators to manage pests and growing a variety of crops would help bee populations and ease the other environmental impacts of industrial-scale farming too, Ms. Kremen said.

Smaller steps can also help, experts say. The White House pollinator protection strategy, released in May, set a goal of creating or improving bee and butterfly habitats on seven million acres, by planting on federal lands and encouraging states, localities and businesses to do the same.

It also said federal agencies would explore ways to improve plant diversity along the Interstate 35 corridor, which runs 1,500 miles from Texas to Minnesota, along the migratory path of monarch butterflies.

Any expansion of semiwild lands helps bees by providing feeding grounds rich with flowers and weeds.

“We just don’t see them along the roadsides anymore because they mow them or they spray them,” Mr. Tucker said. “They’re even spraying the ditches for invasive weeds.”

Ultimately, only broader change in the way agriculture is practiced will save bees and other suffering species, he said.

“What we are doing now is not sustainable,” he said. “It’s not going to keep us alive on this planet in a world that we’d like to live in and experience. Our kids’ kids are just not going to see the diversity of life that we have, and it’s unfortunate because there are other alternatives.”