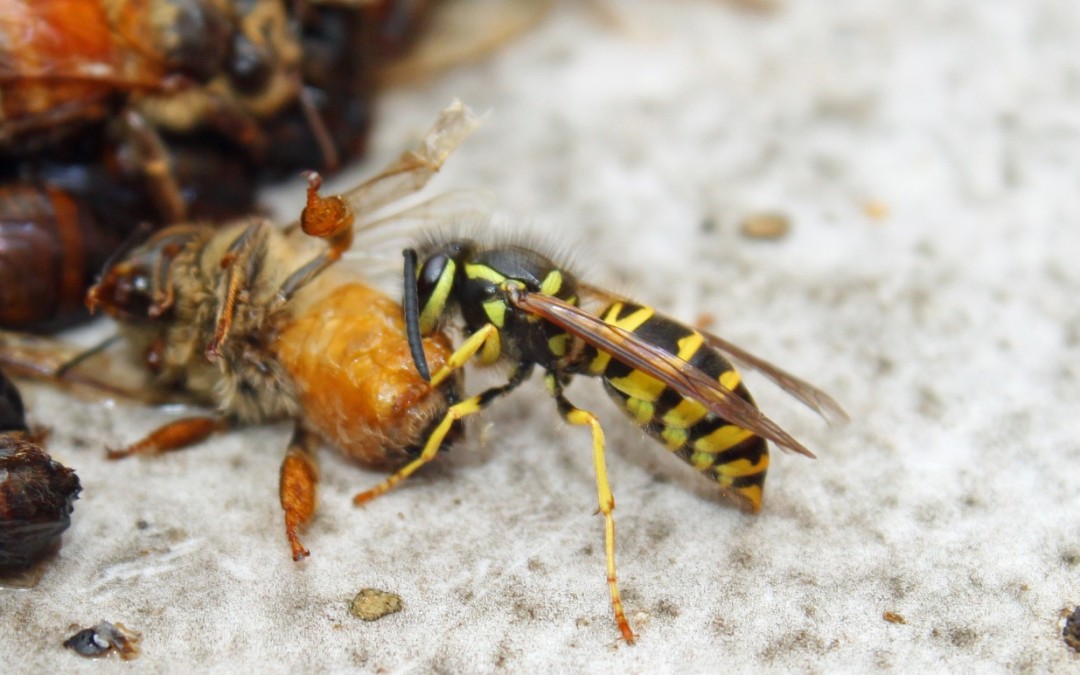 A New Zealand insect ecologist has developed a pesticide bait that targets wasps and does not affect honey bees.

Richard Toft recently won a conservation innovation award from the World Wildlife Fund for his development of Vespex, which now has been successfully tested by the country’s Department of Conservation.

Vespex is a protein bait containing the common insecticide fipronil, made by German company BASF and does not attract bees. As wasps feed it to their larvae, many nests can be destroyed from a single bait station.

Wasps are not native to New Zealand and have no natural predators that can control their population.

They are estimated to cost about NZ$120 million a year through the disruption they cause to bee pollination and lost honey production. They also cost NZ$60 million in environmental damages and cost the health sector about $1 million a year in sting treatments.

Conservation Minister Maggie Barry says as a result of Toft’s effort, New Zealand’s primary producers now have a new weapon in their fight against European wasps.

“Wasps are one of the most damaging invertebrate pests in New Zealand,” she says. “Breeding in vast numbers, wasps monopolize honeydew, which is a key food source for the kaka, tui and bellbird among other native animals.”

The Department of Conservation tested Vespex on 5,000 hectares at five South Island sites last summer. Within a week of the first application, wasp activity was reduced by more than 95%.

The product will only be sold to users undergo who training to ensure the bait is used correctly.