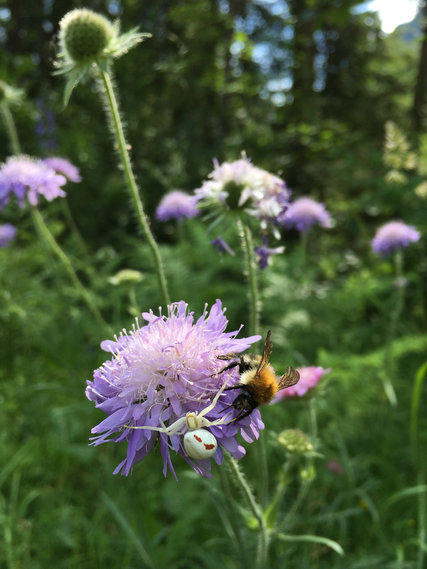 Here at USA Live Bee Removal will remove the sweet bees from your homes. Please call us 951-476-8495

The Sweet Emotional Life of Bees

It is hard enough to figure out emotions in humans — but insects?

Nonetheless, as far back as Darwin, scientists have suggested that insects have something like emotional states, and researchers continue, despite the difficulties, to try to pin those states down.

The latest contribution suggests that a sweet treat can change the way bumblebees make decisions, producing something akin — although perhaps distantly related — to optimism.

Just to be clear, the scientists who did the experiment are not saying sugar makes the bees feel happy the way people might after eating something sweet. But a treat can change a bee’s brain state so that it is quicker to pursue a reward and to recover from a scare than it would be without a sugar boost.

Whether bees have some subjective experience of a positive feeling, the way a human might, remains an unanswered question. Some recent research argued that the structure of bee brains could allow for some subjective experience. That could be something as simple as a physical sensation, however, not something as general and elusive as, “I feel good!”

Clint Perry, a research fellow at Queen Mary University of London, who studied the bees with his colleagues, reported the results Thursday in the journal Science.

Other researchers have found something like pessimism in bees, something like anxiety in crayfish, and a defensive state that bears some relation to fear in fruit flies.

Dr. Perry decided to look on the sunny side of the street, and targeted a positive emotional state. He worked with Luigi Baciadonna, a graduate student, and Lars Chittka, the head of the Bee Sensory and Behavioural Lab at the university.

The team trained bees to fly to a portal marked by a color, like blue, to get a reward. Another portal, with a different color, like green, would have only water. Then they gave some bees a small sugar water treat just before they were released into the reward chamber and others nothing. This time there was a portal with a color that was ambiguous, like purple.

The bees who had the treat were quicker to go to a door that had an ambiguous color than the bees who didn’t get the treat. The researchers also tried simulating an attack on the bees before they released them, using a mechanism to grab and hold them briefly the way a crab spider might in an unsuccessful attack. The bees who got the sugar recovered more quickly.

They also tried blocking the effect of brain chemicals they thought might be involved in the positive state, like dopamine. When dopamine was blocked, the sugar treat had no effect.

So, call it what you will, but a positive brain state appeared to bias the bees’ decision-making.

Daniel Cattaert, at the University of Bordeaux, who did the research on anxiety in crayfish, said he thought the study was “very well-constructed.” He was particularly impressed, he said, because it dovetailed with a previous experiment on honey bees in which shaking them before a similar test produced a kind of negative state, something like pessimism.

David Anderson at the California Institute of Technology, who did the work on fruit flies and has argued that what he calls “emotion primitives” in insects are more like the evolutionary building blocks of emotion than what mammals may experience, said he did not think the findings were definitive.

There could be other explanations for the results, he said, like confusion caused by a sugar jolt, or interference with memory by dopamine-blocking drugs.