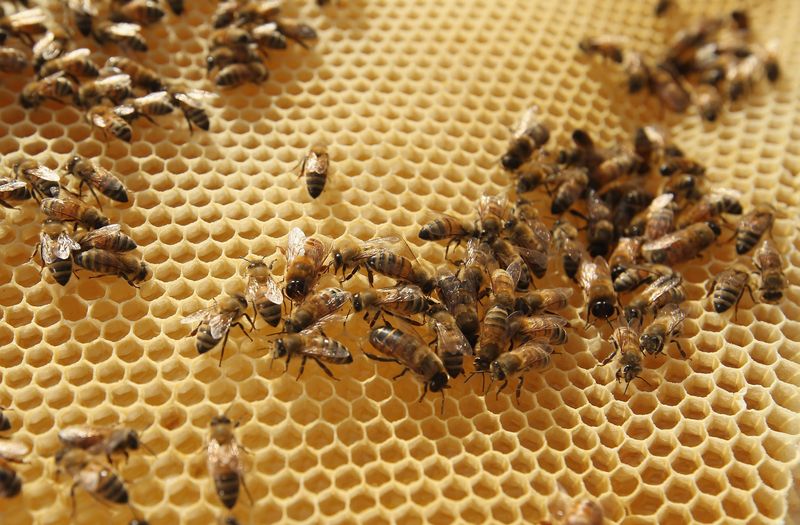 The Bees Are Better, But They’re Not All Right

Remember when all the bees were dying? When we were headed for, as Time magazine put it in a cover story in 2013, “A World Without Bees”?I do remember that, so I was pleasantly surprised to see this headline earlier this month: “Bees Are Bouncing Back From Colony Collapse Disorder.” The bees got better! Great! Now we can all find some other looming environmental disaster to freak out about.

The rest of the article by Bloomberg’s Alan Bjerga didn’t entirely support that assessment, though. Yes, a U.S. Department of Agriculture survey had found that the number of commercial honeybee colonies was up over last year and that the percentage of colonies lost was down. But then there was a beekeeper telling Bjerga that his bee colonies were a lot weaker than they used to be, and an entomologist saying that while colony collapse disorder was “a blip in the history of beekeeping,” that’s because it’s been “vastly overshadowed by diseases, recognizable parasites and diagnosable physiological problems.”

So that made me curious. Now, after a couple of days of study, I can report that: