No Bees, No Food, Let’s Give Bees A Chance 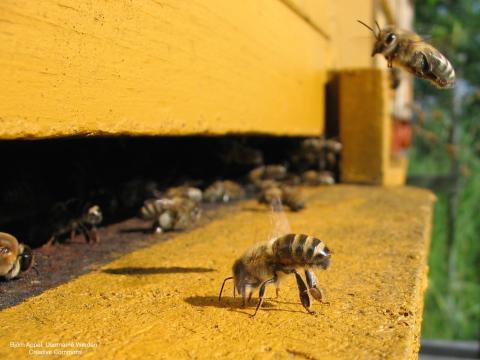 No Bees, No Food, Let’s Give Bees A Chance! Here in San Jancito USA Live Bee Removal, we relocate to a safer location and a chance to pollinate more. We work fast and provide customer service, Please Call Us 951-476-8495

No Bees, No Food

Millions of bees are dying off, with alarming consequences for our environment and our food supply. We rely on bees to pollinate everything from almonds to strawberries to the alfalfa used to feed dairy cows. What happens if the bees disappear? It’s simple: No bees, no food.

Let’s give bees a chance

In recent years, beekeepers report they’re losing on average 30% of all honeybee colonies each winter — twice the loss considered economically tolerable. We rely on bees to pollinate 71 of the 100 crops that provide 90% of most of the world’s food. Imagine no almonds, fewer apples and strawberries, less alfalfa to feed dairy cows, and the list goes on.

Scientists point to several causes behind the problem, including global warming, habitat loss, parasites and a class of bee-killing insecticides known as neonicotinoids (or neonics).

When seeds are treated with neonics, the chemicals work their way into the pollen and nectar of the plants — which, of course, is bad news for bees and other pollinators. Worse, for the bees and for us, neonics are about 6,000 times more toxic to bees than DDT.

Just one example: After a nearby farm planted corn seeds coated with neonics in 2013, a farmer named Dave Schuit lost 37 million of his bees. “Once the corn started to get planted our bees died by the millions,” said Schuit.

We’re up against big agrichemical companies

Given the consequences for our farms and our food, you’d think we’d be doing all we can to protect bees and other pollinators from threats like neonics.

Instead, big agrichemical companies like Dow Chemical, Bayer and Syngenta are fighting to prevent bans. And Syngenta has asked federal regulators for permission to use even larger quantities of these pesticides — as much as 400 times more than currently allowed.

Some governments aren’t letting the big chemical companies push them around. Alarmed by the role these chemicals are playing in bee colony collapse disorder, the European Union has banned several of them; the U.S. Fish and Wildlife Service has committed to phasing them out on the public lands they manage; and Seattle, Minnesota and Oregon have all agreed to take some form of action against neonics.

Some companies are taking action as well. Home Depot and BJ’s Wholesale Club have taken steps to limit plants treated with neonics, label the plants or both. More than 100 businesses sent a letter to the White House urging the Obama administration to do more to protect bees and other pollinators against toxic pesticides. And we’ll continue to urge other retailers to phase out neonics and do more to warn gardeners and other customers.

In order to restore bee populations to health, however, we need the EPA to step up and lead.

Together, we can give bees a chance

Right now, we’re letting big agrichemical companies use more of the chemicals that are known to kill bees just as we’re in the midst of an unsustainable die-off in bee populations. That has to change. Now.

Join us in calling on the EPA to declare a nationwide moratorium on the use of bee-killing neonics.