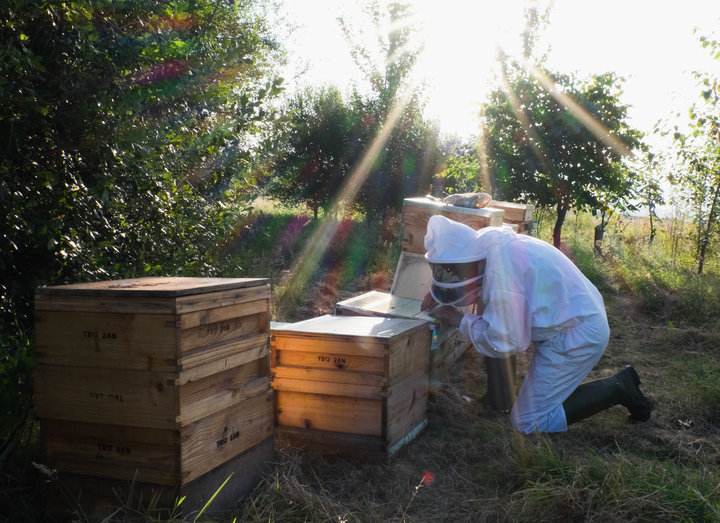 Here at USA Live Bee Removal we guarantee you pesticide removal and give you the best customer service. Call us 951-476-8495

Bees Are Dying And That Could Be Devastating For Food Security

Pesticides are killing off the world’s bee and butterfly populations, endangering the survival of global agriculture, according to a new study released on Friday.

About 16 percent of the world’s vertebrate pollinators “are being driven toward extinction by diverse pressures, many of them human-made, threatening millions of livelihoods and hundreds of billions of dollars worth of food supplies,” the Intergovernmental Science-Policy Platform on Biodiversity and Ecosystem Services said.

The number of invertebrate pollinators going extinct is upwards of 40 percent in some areas. And pollinated crops are the providers of the world’s fruit, vegetables, seeds, nuts and oils.

Although bees and butterflies are at the highest risk of extinction, other animals like moths, wasps, beetles, birds and bats are also important contributors to pollination. The declines are concentrated in northwestern Europe and North America, according to the study, which is the first of its kind to assess the pollinator decline on a global scale.

Without these pollinators, “many of us would no longer be able to enjoy coffee, chocolate and apples, among many other foods that are part of our daily lives,” said Simon Potts, Ph.D., one of the study’s authors and a biodiversity professor at the University of Reading.

“Everything falls apart if you take pollinators out of the game,” University of Maryland bee expert Dennis van Engelsdorp told the Associated Press. “If we want to say we can feed the world in 2050, pollinators are going to be part of that.”

IPBES also points to the health and economic risks associated with the impact of a declining pollinator population on people in underdeveloped countries.

Without the important sources of vitamins and minerals from pollinated crops, “the risks of malnutrition might be expected to increase,” the study said.

“Several crops also represent an important source of income in developing countries from, for example, the production of coffee and cocoa,” the report added. Annual global food production related to the world’s pollinators amounts to between $235 billion and $577 billion.

Even in the U.S., the zones with the highest concentration of bee decline are 39 percent of the country’s cropland, Dr. Insu Koh, a post-doc research associate at the University of Vermont, told The Huffington Post in a previous interview.

“We might lose some nutritious foods such as nuts and fruits,” he said. “If you like almonds, apples, blueberries and watermelons, you should worry about bee decline.”

Because some of the causes are man-made, including pesticides, pollution, invasive species, pathogens and climate change, the study noted, they can be avoided.

One solution is to increase the diversity of pollinator habitats to help the pollinator populations survive and reduce the use pesticides, according to IPBES.

“Pollinators are important contributors to world food production and nutritional security,” Vera Lucia Imperatriz-Fonseca, Ph.D., another professor who worked on the study, said. “Their health is directly linked to our own well-being.”