A Safer Shelter and Removing Pesticides 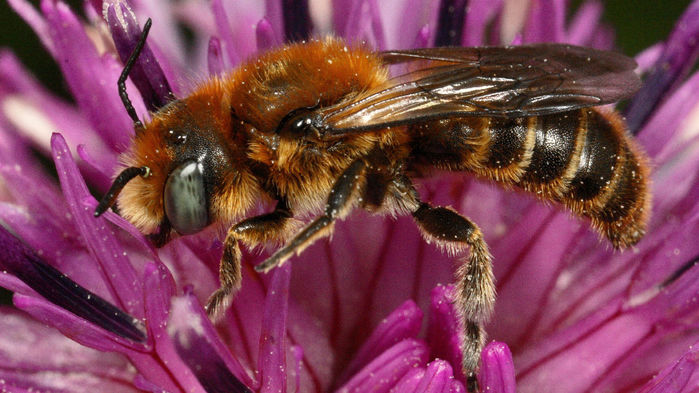 Bees are Carrying Pesticides into the World’s Honey

Bees are responsible for about 30 percent of the world’s food supply. Our fruits and vegetables would not grow without bees. Many farmers use chemical products known as pesticides to protect food plants from insects. Studies have shown that these chemicals are also hurting the bees.

Now it turns out that the pesticides are also showing up in the world’s honey supply. And researchers are wondering how that could affect us. Richard Glassborow is with the London Beekeepers’ Association. “Well, bees are insects, and pesticides are designed to take out pest insects, but they’re pretty indiscriminate.” The problem is an unusual kind of pesticides called neonicotinoids.
A recent study found evidence of these pesticides in most of the world’s bees. The findings were published in the journal Science.

Bumblebees are in decline around the world partly because of agricultural pesticide use (Credit: Claire Carvell) David Goulson is a professor of biology at Britain’s University of Sussex. He says the chemicals harm the ability of bees to find their way.

“We know for example these chemicals, they attack the brain of the insects and they interfere with their ability to learn and to navigate, which is really important for a bee. A honey bee and other kinds of bee, they have to be able to find their way to and from patches of flowers and back to their hive, and, if they get lost, then they’re as good as dead.”

Goulson says the problem seems to come from new genetically engineered seeds. He says some of the seeds are covered with pesticides.

“So the idea is the farmer buys the seed, pre-coated with insecticide, he sows it in the ground, and the chemical is water soluble, it dissolves into the soil and the water in the soil, and then it’s supposed to be sucked up by the plant, and it goes to all parts of the plant including, unfortunately, the nectar and the pollen.”

And that pollen ends up on the bees. Swedish researchers found the chemicals in 75% of all the world’s honey. They even found it on the French island of Tahiti, a place not known for industrial farming.

“These chemicals at really low concentrations mess up the immune system of the honey bee, so then they get infected with diseases. So the long and the short of it is that we should be worried about this, that it seems that a large proportion of the world’s honeybees, and probably other bees too, are being continually exposed to toxins at a level that will be doing them harm.”

Goulson says it is not just bees that are dying off. He says researchers are also seeing “big declines of farmland birds, butterflies and so on.”

The European Food Standards Agency and the European Union are considering limiting the use of neonicotinoids.