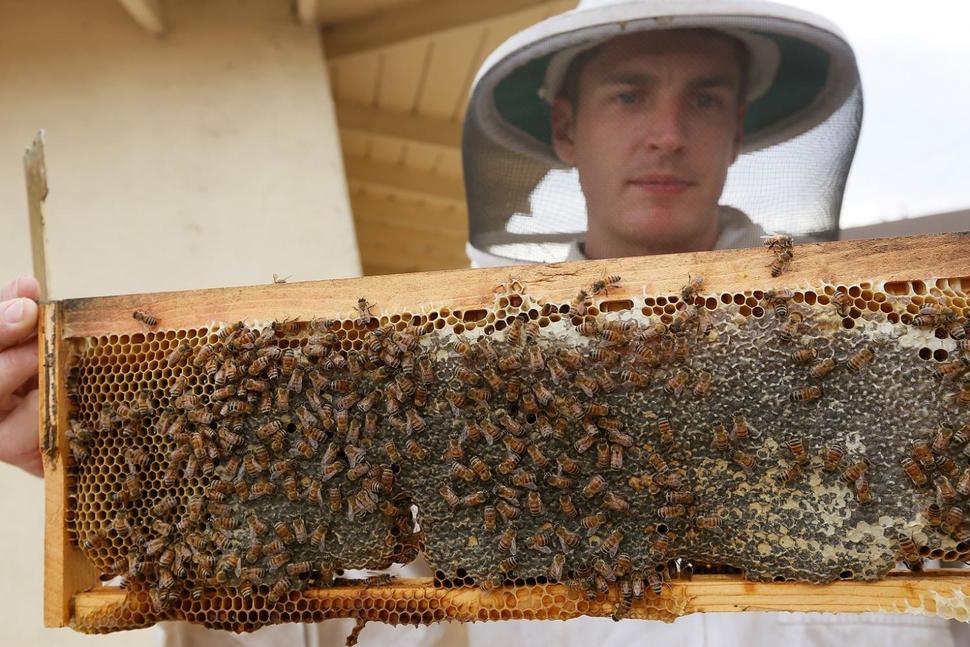 By: Steve Ellis and Erich Pica

Imagine entering your local grocery store only to learn that everyday items like coffee, apples, milk and butter are out of stock – permanently. This might seem absurd. But it could soon happen.
All of these foods have one thing in common: They depend on pollination from honeybees. But thanks in part to the rampant use of powerful pesticides, known as neonicotinoids, these busy bees are quickly vanishing.
Despite calls from food experts everywhere, U.S. regulators are letting Big Agriculture continue its chemical attack on America’s food supply. It’s high time regulators ban neonicotinoids.

Neonicotinoids are used by farmers on about 140 different crops, including corn, canola and soy. But despite truth-twisting marketing from producers, there is little evidence that neonicotinoids actually improve yields. They do, however, kill bees by damaging their nervous systems, weakening their memories and impeding their ability to forage and fly.
A study conducted by Harvard’s T.H. Chan School of Public Health found that 70 percent of pollen and honey collected from local bee populations contained traces of neonicotinoids at levels high enough to have “detrimental health effects.” Another study found that over half of plants purchased at major garden stores contain neonicotinoids. The levels present in many were high enough to kill bees instantly.
Not surprisingly, the widespread use of these pesticides has taken an enormous toll on the nation’s pollinator population. Last year, American beekeepers lost 42 percent of their honeybee colonies. That’s up almost 8 percentage points from 2014’s bee loss tally.
This isn’t just a problem for beekeepers. Pollination plays an essential role in the entire agricultural ecosystem. Seventy of the world’s top 100 crop species are pollinated by bees – and those foods feed 90 percent of mankind. Without a large, healthy bee population, most foods we rely on would disappear.

The U.S. Department of Agriculture considers annual colony losses above 19 percent to be economically unsustainable. Yet, a full two-thirds of American beekeepers are suffering loses at more than double that threshold. If this loss rate continues to rise, beekeepers will be forced out of business – and supermarkets could soon follow.
Indeed, to illustrate the crucial bee-to-table connection, one Whole Foods store recently emptied its shelves of all the products that depend on bee pollination. The produce section was barren. Apples, onions, lemons, watermelons and carrots were absent. The dairy aisle was missing milk, butter, yogurt and cheese. The store lost half of all its products.
Fortunately, some regulators have taken steps to beat back neonicotinoids. In 2013, the European Union banned the dangerous chemical across the continent. Last year, the Canadian province of Ontario began phasing out the use of neonicotinoids.
Here in the United States, the Environmental Protection Agency is failing. Attempts to limit the use of neonicotinoids have been derailed by the well-financed lobbying efforts of colossal pesticide manufacturers who prioritize short-term profits over the long-term health of America’s food supply. Switzerland-based agrochemical giant Syngenta, for instance, spent more than $1.3 million on lobbying in 2014 alone. That same year, Monsanto spent over $4 million on lobbying.

These investments are paying off. American regulators have essentially refused to push back against corporate bee killers. In the spring, for instance, the EPA simply announced plans to “review” neonicotinoids over the next four years.
The stakes are too high for such inaction. In 2013, there weren’t enough honeybees to meet almond growers’ demands. The honeybee loss rate simply can’t continue. Without honeybees, we won’t have food. That’s a sting that everyone will feel.