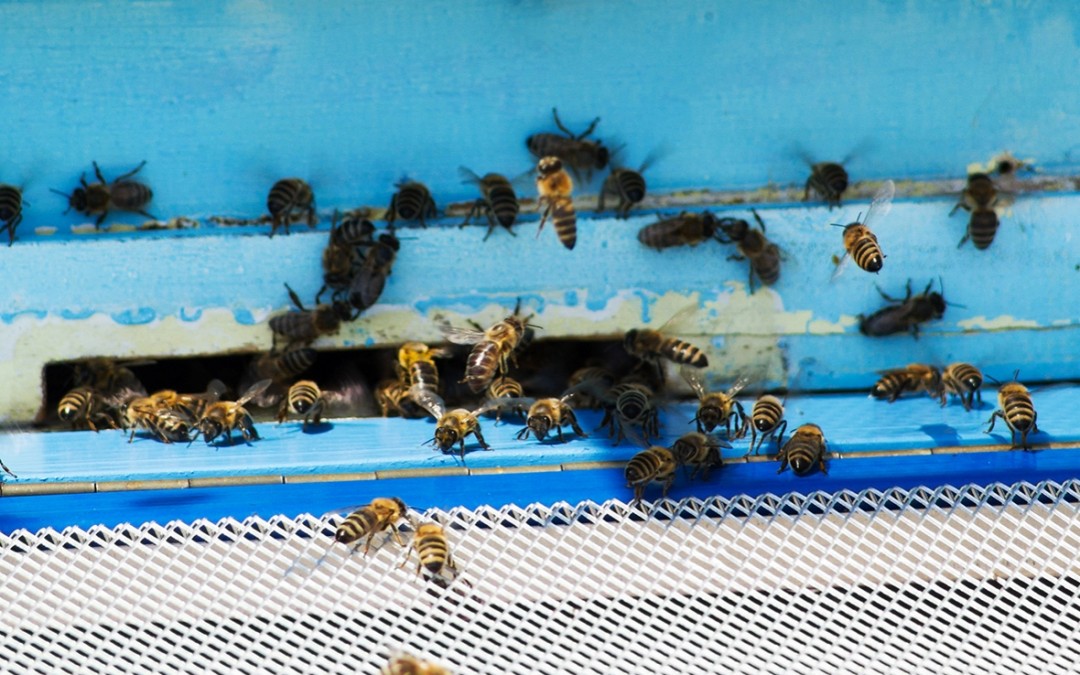 Bees are all right, but if you disagree here at USA Live Bee Removal we will remove them quickly. Please call us 951-476-8495

The Bees Are All Right

In the far corner of Socrates Sculpture Park in Queens, there is a depression, 5 feet deep and 70 feet in diameter, that is filled with more than 1,000 individual plants. There are sunflowers and oregano and geraniums—and bees. By the thousands. This sculpture, called Concave Room for Bees, is an earthen work of art designed to attract the insects by providing a rich and steady source of nutrition. Its creator, artist Meg Webster, hopes it will draw attention to the fact that bees are dying globally at an alarming rate.

Ask people on the street if they’re aware of this great bee die-off, and if they’re regular users of the internet, odds are they’ll say yes. When the Broncos won the Super Bowl in 2015, a bee-collapse meme was born thanks to a tweeted video of Eli Manning captioned “when ur brother wins the super bowl but then u remember that bees are dying globally at an alarming rate”

By that summer, tweets that follow the formula “when you’re [doing fun activity x], but then you remember that bees are dying globally at an alarming rate” were approaching ubiquity.

It may not be the Ice Bucket Challenge, but even minor environmental awareness is good, right? Actually, in this case, it may not be necessary. That’s because honeybee populations are not in decline. They haven’t been for a few years now. In fact, many experts believe that honeybees are not in any imminent danger of extinction.

So why do we think they are? Ten years ago, a man named Dave Hackenberg discovered that bees were disappearing. Not dying, just disappearing. Unlike previous plagues where whole colonies could be wiped out, leaving a pile of bee bodies on the floors of the hives, this new wave of affliction was rendering hives completely empty, with no bodies for pathologists to examine, leading some bloggers to dub the phenomenon “the bee rapture.”

In the past decade, research has found that a new class of pesticides, neonicotinoids, increases the honeybees’ susceptibility to a specific parasite—the varroa mite (these mites have been around since the 1980s but weren’t known to cause any serious problems until the bees started disappearing). Alone, neither factor poses a species-level threat to honeybees, but the combination of the two led to the catastrophe that ultimately came to be known as colony collapse disorder.

Many experts believe that honeybees are not in any imminent danger of extinction.

The strange thing is that no one knows exactly how the interaction of bad pesticides and this parasite caused bee colonies to collapse. Some researchers have argued that the pesticides make the queen more susceptible to varroa mite, which kills her reproductive capabilities and causes other members of the hive to give up and depart for greener pastures, so to speak. Others think it’s that the neonicotinoids cause a disruption in the homing mechanisms of the honeybees that prevents them from navigating back home, though it’s unclear how the mites play a role. In both cases, the result is the same: an empty hive.

“CCD was a real problem, probably six or seven years ago,” says Jeff Pettis, an entomologist whose research played a major role in uncovering the causes of CCD. He adds that in the past three to five years, though, researchers in his field have as not seen much CCD and that globally honeybee populations are not in decline.

The reasons for this apparently miraculous departure from the fast-track toward extinction are not hard to understand, now that research has borne out the causes. First, both the U.S. and several European countries have passed regulations that restricts the use of pesticides and fungicides that are suspected to have played a role in CCD to begin with.

The second reason there’s no longer an immediate threat of extinction is that bees aren’t, say, giant pandas, an animal that is actually, seriously endangered. That is to say, bees can recover their population numbers reasonably quickly. Compared with the once-a-year ovulatory habits of pandas, queen honeybees regularly lay 1,500 eggs per day, and if the conditions call for it, can up that figure to as many as 2,000 eggs per day or more. Even if honeybee keepers report losing as much 30 to 45 percent of their bees in a single year, this doesn’t actually mean the honeybee population will decline by that much. The beekeepers’ response will be to simply leverage the queens’ enormous reproductive abilities, which will quickly recoup those losses.

So even though bees were disappearing in alarming ways and at alarming rates, their population never actually saw a significant decline. The number of honeybee colonies peaked in 1989, at 3.5 million colonies; in 2008, two years after CCD was first characterized, that number dipped to 2.4 million, the worst year for honeybee populations in recorded history. Since their lowest point, honeybee populations in the U.S. have climbed at a modest pace and now stand at 2.7 million colonies.

So if the bees are all right, why don’t we think they are? Why are we constantly lamenting their demise or building large-scale nature-based art in their honor? For one thing, the story of thousands of bees vanishing from the Earth was inherently more fascinating than, say, this one, which explains that reasonable and largely bureaucratic measurements helped stymie the decline.

And even though the bees are not doomed, leading honeybee health experts still say that continued improvement is necessary if we’re going to maintain both the health of honeybees and the enjoyably diverse food palate our world currently enjoys thanks to their pollination skills. We need more pollination highways, where islands of bee-friendly flora are intentionally connected to create wider ranges for honeybee populations to mingle and thrive, without obstruction from parking lots or other obstacles. Pettis also encourages embracing more natural lawns, with flowers for bees rather than manicured grass. Willingness to buy imperfect produce also helps, too—the symmetrical stuff is largely the result of pesticide use.

The consequences a honeybee extinction would have held for human existence are severe. About one-third of all crops—including almost all fruits and nongrain vegetables—are pollinated by honeybees. “I would hate to live in a world without bees,” said Pettis, emphasizing the diversity in diet that the insects afford us. “We’d still have oatmeal, but we wouldn’t be able to have blueberries in our oatmeal.”

That would be too bad, but it almost certainly won’t come to pass. So the next time you’re watching your brother win the Super Bowl, you’ll need a better excuse for looking sour.