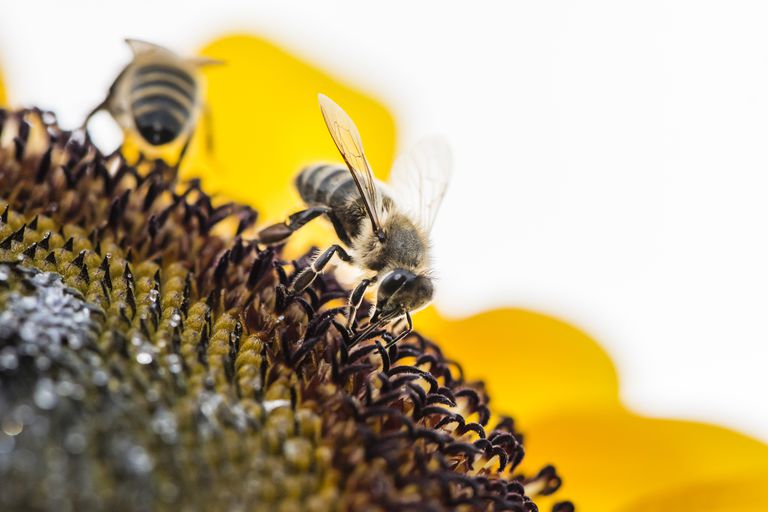 Here in Lake Arrowhead USA Live Bee Removal aids the disappearing bees and repopulate them into a safer shelter. Call us 951-476-8495

Why Are Honeybees Disappearing?

Kids everywhere may revel in the fact that bees are no longer stinging them as frequently on playgrounds and in backyards, but the decline in honeybee populations in the U.S. and elsewhere signals a major environmental imbalance that could have far-reaching implications for our agricultural food supply.

THE IMPORTANCE OF HONEYBEES

Brought here from Europe in the 1600s, honeybees have become widespread across North America and are bred commercially for their abilities to produce honey and pollinate crops—90 different farm-grown foods, including many fruits and nuts, depend on honeybees.

But in recent years honeybee populations across the continent have plummeted by as much as 70 percent, and biologists are still scratching their heads as to why and what to do about the problem which they have termed “colony collapse disorder” (CCD).

CHEMICALS MAY BE KILLING THE HONEYBEES

Many believe that our increasing use of chemical pesticides and herbicides, which honeybees ingest during their daily pollination rounds, are largely to blame. Of particular concern is a class of pesticides called neonicotinoids. Commercial beehives are also subjected to direct chemical fumigation at regular intervals to ward off destructive mites. Genetically modified crops were once a suspect, but there is no clear evidence of a  link between them and CCD.

It may be that the build-up of synthetic chemicals has reached a “tipping point,” stressing bee populations to the point of collapse. Lending credence to this theory is that organic bee colonies, where synthetic pesticides are mostly avoided, are not experiencing the same kind of catastrophic collapses, according to the non-profit Organic Consumers Association.

RADIATION MAY PUSH HONEYBEES OFF COURSE

Bee populations may also be vulnerable to other factors, such as the recent increase in atmospheric electromagnetic radiation as a result of growing numbers of cell phones and wireless communication towers. The increased radiation given off by such devices may interfere with bees’ ability to navigate.

A small study at Germany’s Landau University found that bees would not return to their hives when mobile phones were placed nearby, but it is thought that the conditions in the experiment do not represent real-world exposure levels.

Biologists also wonder if global warming may be exaggerating the growth rates of pathogens such as the mites, viruses, and fungi that are known to take their toll on bee colonies. The unusual hot-and-cold winter weather fluctuations in recent years, also blamed on global warming, may also be wreaking havoc on bee populations accustomed to more consistent seasonal weather patterns.

SCIENTISTS STILL SEARCHING FOR CAUSE OF HONEYBEE COLONY COLLAPSE DISORDER

A recent gathering of leading bee biologists yielded no consensus, but most agree that a combination of factors is likely to blame. “We’re going to see a lot of money poured into this problem,” says University of Maryland entomologist Galen Dively, one of the nation’s leading bee researchers. He reports that the federal government plans an allocation of $80 million to fund research in connection with CCD. “What we’re looking for,” Dively says, “is some commonality which can lead us to a cause.”