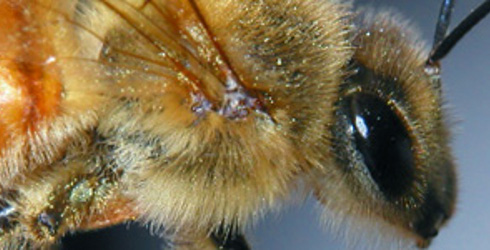 Here at Wrightwood USA Live Bee Removal recognize the Values of Honey Bees and Yellow Jacket Bees. Please protect our bees by calling us at 951-476-8495.

What’s the buzz about bees?  Lately there seems to be a lot of talk about bees, honey bees in particular. In recent years, there has been a drastic and mysterious die-off of honey bee colonies. Although not unusual in the bee business, this latest decline in populations has many people talking.

Although there is an increasing demand for pollination services, the number of honey bee colonies has dropped to about 2.5 million from more than 4 million in the 1970s. There are several reasons as to why this may be happening: loss of habitat, pesticide use, unspecified fungal diseases or mite infestations.

Scientists now believe that much of the decline is due to Colony Collapse Disorder, or CCD, which refers to the unexplained disappearance and dying of honey bee colonies. Little is known about CCD, and that has many beekeepers, farmers and the general public worried.

It cannot be denied that the honey bee is the greatest pollinating machine when it comes to agriculture. Their large perennial colonies can be moved to wherever they are needed and they can communicate direction and distance from the hive to nectar sources. Honey bees also practice flower fidelity which makes them very efficient pollinators. Flower fidelity is the habit of concentrating on one specific species of flower when gathering and transferring pollen even though the insect is attracted to a large variety of flowers.

Honey bees are also excellent at finding the most abundant and sweetest source of nectar near the colony. Scouts communicate information about the source to their brood with what is called “dance language”. Even in the darkness of the hive, the direction in which a bee is dancing can be easily followed by other worker bees and the odor of the nectar that the dancer provides gives the followers a clue as to what kind of flower the dancer has found.

Pollination is the transfer of pollen grains between the male germ cell of a plant (anther) and the female reproductive system (stigma) in seed plants. It is a vital process for both plants and humans; without it plants would not be able to reproduce and crop bearing plants would not be fertilized enough for necessary food yields.

In many plants, the anther and stigma of a single flower mature at different times, so pollen must be moved from one flower to another. Insects – including bees, wasps and hornets – move the pollen from one flower to another so new fruit can be formed. Pollen can also be spread to plants by the wind but the pollen of alfalfa, almonds, avocados, cotton, and peaches and many other plants, needs to be carried by insects, and bees do this job better than any other species.

It seems that every few years or so there is a large die-off of bees that concerns scientists, agriculturalists and beekeepers. In the late 1980’s tracheal and varroa mites infested beehives and decimating bee colony populations. Tracheal mites haven’t posed much of a problem in the past several years; however varroa mites continue to spread viruses which lead to parasitic mite syndrome. In the fall of 2006 a problem was noticed that was first called “fall dwindling” but was later renamed as Colony Collapse Disorder (CCD). CCD is characterized as a sudden die-off of bee colonies brought on by the disappearance of adult bees from their hives.

According to researchers symptoms of CCD include:

The brood is reluctant to consume any feed available in the hive.

Although honey bee colony losses are not uncommon, current losses seem to differ from past situations in that: adult bees are not returning to the hive – which is uncharacteristic of bee behavior; losses have occurred rapidly and in large numbers; and, most importantly, the reason why these losses are occurring is unknown.

3,500 species of native bees live in North America. Also called pollen bees or solitary bees, these species are not widely used in the pollination of agricultural crops. But they could be. In fact, there are advantages in using native bees as pollinators. They show efficiency in pollination because they fly faster, stay in one crop rather than move around from one to another and the males of these species will also pollinate, unlike honey bees.

Unfortunately, many native bees appear to be in decline as well. Ironically, the farms that need bees the most play a large part in this. Farms that destroy habitat and overuse pesticides prevent native bees from sticking around. However, solutions exist. Efforts have been made to restore natural habitat for native bees, and less abrasive ways to control mites are being researched.

WHY SHOULD YOU CARE ABOUT POLLINATORS?

Pollinators such as native bees and honey bees are quite valuable as they contribute to the successes of agriculture and industry. In fact, the monetary value of honey bees alone as commercial pollinators in the United States is estimated at about $15 billion annually with them doing almost 80% of all crop pollination. Without them, farmers and consumers could potentially be at a great loss.

HOW YOU CAN HELP