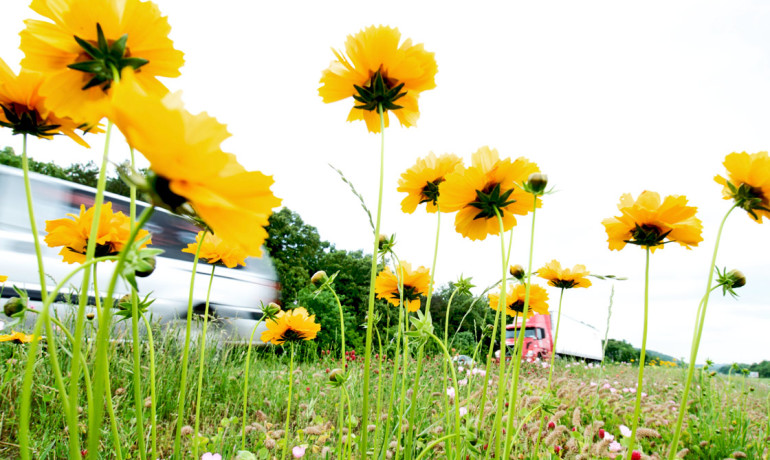 Yellow jackets are more aggressive than other stinging insects such as wasps, hornets or bees and will vigorously defend their nests. Swarm attacks can occur when someone accidentally steps in or hits a nest opening. Attacks from underground nests can also be triggered by ground vibrations, Note: Yellow jackets do not lose their stinger, and can sting numerous times, Call USA Live Bee Removal Today 951-476-8495

Diesel fumes may be reducing the availability of some flower odors, which bees need to find their food.

The findings suggest that toxic nitrous oxide (NOx) in diesel exhausts could be having an even greater effect on bees’ ability to smell out flowers than scientists previously believed.

NOx is a poisonous pollutant produced by diesel engines that is harmful to humans, and has previously been shown to confuse bees’ sense of smell, which they rely on to sniff out their food.

[For wild bees on farms, the more the merrier]

The new study, published in the Journal of Chemical Ecology, suggests there is now evidence to show that, of the eleven most common single compounds in floral odors, five can be chemically altered by exposure to NOx gases from exhaust fumes.

“Bees are worth millions to the British economy alone, but we know they have been in decline worldwide,” says Robbie Girling, of the University of Reading’s Centre for Agri-Environmental Research.

“We don’t think that air pollution from diesel vehicles is the main reason for this decline, but our latest work suggests that it may have a worse effect on the flower odors needed by bees than we initially thought.

“People rely on bees and pollinating insects for a large proportion of our food, yet humans have paid the bees back with habitat destruction, insecticides, climate change,  and air pollution. This work highlights that pollution from dirty vehicles is not only dangerous to people’s health, but could also have an impact on our natural environment and the economy.”

“It is becoming clear that bees are at risk from a range of stresses from neonicitinoid insecticides through to varroa mites,” says coauthor Guy Poppy, professor of biological sciences at the University of Southampton.

“Our research highlights that a further stress could be the increasing amounts of vehicle emissions affecting air quality. Whilst it is unlikely that these emissions by themselves could be affecting bee populations, combined with the other stresses, it could be the tipping point.”

The Leverhulme Trust funded the work.

This Article has been approved by USA Live Bee Removal.