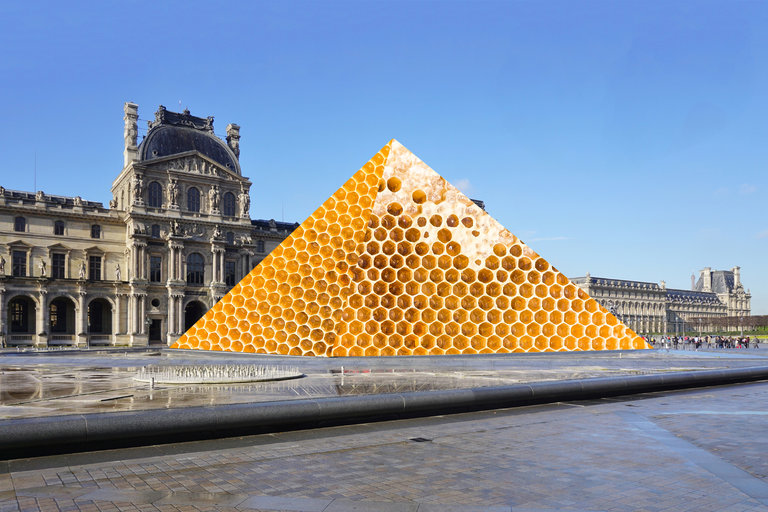 What in the World offers you glimpses of what our journalists are observing around the globe. Let us know what you think: whatintheworld@nytimes.com

If you are a honeybee in France, the best place to live (and work) might be smack in the middle of Paris.

Audric de Campeau, who set up his first hives in the French capital in 2009, said he was surprised to discover that his Parisian bees produced more than twice as much honey as the ones he kept back in the northeastern Champagne region.

Mr. de Campeau said that green spaces in Paris and other large cities like New York or London actually had a better mix of trees, flowers and other plants than farming areas dominated by vast single-crop fields. Plus: no crop-dusted pesticides.

Honey produced in Paris tastes of red berries and lychee, Mr. de Campeau said. He said that traces of the city’s high air pollution had been found in beeswax and the bees themselves, but that the bees still lived longer than their country cousins.

Bees were cultivated in Paris as far back as 1856, in the Luxembourg Garden, where there is still a beekeeping school. Now, the local authorities count 700 hives in parks, private residences and office buildings.

They have been set up on the rooftops of the National Assembly, France’s lower house of Parliament, and on top of the Palais Garnier opera house, which sells small jars of its own honey online for 15 euros, or about $17.

At the Tour d’Argent, a Left Bank restaurant, diners could recently enjoy “roast duckling with spices and honey from our roof” as they took in the sweeping view of the Cathedral of Notre-Dame — where several hives sit atop the sacristy.

Even the French Communist Party recently set up a handful of hives on the roof of its imposing 1970s-era headquarters. One Twitter user wryly noted that the party was now in the capitalist business of exploiting workers.