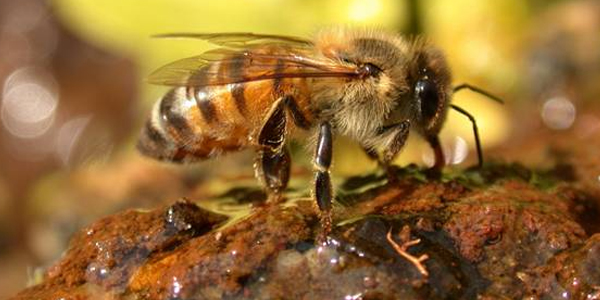 The Africanized honey bees in the Western Hemisphere are descended from hives operated by biologist Warwick E. Kerr, who had interbred honey bees from Europe and southern Africa. Kerr was attempting to breed a strain of bees that would produce more honey and be better adapted to tropical conditions (i.e., more productive) than the European strain of honey bee currently in use throughout North, Central and South America. The hives containing this particular Africanized subspecies, were housed at an apiary near Rio Claro, São Paulo, in the southeast of Brazil and were noted to be especially defensive. These hives had been fitted with special excluder screens (called queen excluders) to prevent the larger queen bees and drones from getting out and mating with the local population of European bees. But, in October 1957 a visiting beekeeper, noticing that the queen excluders were interfering with the worker bees movement, removed them resulting in the accidental release of 26 Tanganyikan swarms of A. m. scutellata. Following this accidental release, the Africanized swarms spread out and cross-bred with local European colonies; their descendants have since spread throughout the Americas. Because their movement through South and Central America was rapid and largely unassisted by humans, Africanized bees have earned the reputation of being one of the most successful biologically invasive species of all time.

The first Africanized bees in the US were discovered in 1985 at an oil field in the San Joaquin Valley of California. “Bee experts theorized the colony had arrived hidden in a load of oil-drilling pipe shipped from South America.”[1] The first permanent colonies arrived in Texas, from Mexico, in 1990. In the Tucson region of Arizona, a study of trapped swarms in 1994 found that only 15 percent had been Africanized; this number had grown to 90 percent by 1997.[2]

Despite the fact that Africanized bees display certain behavioral traits that make them less than desirable for commercial beekeeping, excessive defensiveness and swarming foremost, they have now become the dominant type of honey bee for beekeeping in Central and South America due to their genetic dominance as well as ability to out-compete their European counterpart, with clear evidence that they are superior honey producers and pollinators.

The major differences between Africanized and other Western bee types are: